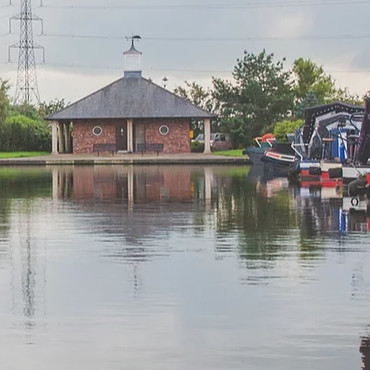 Directions to the Barton Grange

The beautiful Lancaster canal is a peaceful haven offering 41 miles of lock free cruising, surrounded by wildlife and wonderful walks in the Lancashire countryside. One of the country's few coastal canals, the gorgeous views include the Silverdale coast, forest of Bowland and Wyre countryside, as well as the historic villages, towns, and cities en route, including Lancaster, Preston, Carnforth & Garstang. Originally built between 1792 and 1819 it carried trade between Kendal and Preston. Currently the canal extends from Preston in the south as far north as Tewitfield (north of Carnforth) and there is also a separate branch that extends to Glasson Dock on the coast, which is 3 miles in length and features 6 locks.

Lancaster : Lancaster has a captivating past and a cultured present. Learn of old tales from castle prison walls, or take in a play, Go to upbeat gigs in old-world pubs, or marvel at the Georgian splendour.

Glasson Dock : The harbour at Glasson originally opened in 1787 and was at its height the largest port in the north west, importing from Africa and the Indies. Still a thriving port, the village has excellent walks and the well known Port of Lancaster Smokehouse.

By Air : the closest airport to Barton Grange Marina is Manchester Airport, to continue your journey by train and bus from the airport the journey time is approximately 2 hours, 30 mins

Other Useful Information for Barton Grange

Groceries : Garstang has a Sainsbury's, Booths and Tesco, which are all a short walk from the canal.