If you enjoy bird watching then a Canal Boat Holiday is the perfect choice for you.

Short Toed EagleTake time on a Canal Boat Holiday and just stop and listen to the wonderful birdsong along the canal and river banks. Listen for an owl hooting or for a nightingale singing at dusk or at first light listen for blackbirds, robins and wrens as the dawn chorus sounds the start of morning.

The canals were built by humans to serve the needs of trade and industry but have over the years they have become a haven for birds. All sorts of species make their home on the canals from common breeds such as mallards and moorhens to the rarer ones including kingfishers and owls. As you gentle cruise along the canals on your Canal Boat Holiday you will get back to nature and have a chance to see the bird life close up.

Ducks and swans feed on the weeds that float in the canal and the reeds growing at the edge provide shelter for nesting pairs. Wild flowers are abundant on the canal banks and these attract a host of insects which provide a vital food for many species.

If you want to gain some useful information about birds before you leave home some brilliant advice can be found on the RSPB website at http://www.rspb.org.uk.

Some of the bird life you may spot during your canal boat holiday:-
Barn owl – These are one of the Uks most reclusive birds. The best time to spot a barn owl is at dusk when you may catch sight of one hunting for prey.
Bat – Many of the canals tunnels, bridges and aqueducts are home to bats during the day and in fact when maintenance work was carried out to the Pontcysyllte Aqueduct on the Llangollen Canal it had to be done without disturbing the roosting bats.

Canadian GeeseCanada Goose - This is one of the most recognised breeds of geese in the UK and is notorious for it's loud honking. Canada geese love water so lakes, reservoirs, canals and rivers are great places to spot them.

Coot – These birds can be seen in large numbers up and down the waterways of the UK. Coots have round bodies and black plumage and look very much like a duck.

Cormorant – Although associated with the seashore and rocky cliffs these birds have become an increasingly common sight along inland lakes, reservoirs, canals and rivers in the UK.

Kingfisher – A kingfisher is usually glimpsed as a sudden flash of glistening blue as it darts into the reeds on the canal bank. This colourful bird is a splendid sight, bathing in sunlight on a waterside perch.

Kestrel - Expert hoverer's and can often be seen suspended in the sky above the canal and river banks. Kestrels have extremely good eyesight which enables them to spot small animals from a massive distance, before swooping down to catch them.

Mallard – This breed of duck is one of the most common in the world and can often be seen on our canals and rivers. This is largely due to the mallard's uncanny ability to adapt to almost any diet it will eat almost anything plants, berries, insects, shellfish and of course any scraps left by canal boaters.
Swan - These elegant birds glide across the water with their long necks stylishly arched have been material for myths and legends since storytelling began. Swans form emotional bonds when paired and both parents play a role in bringing up their young.

There are numerous wildlife reserves, national parks and bird sanctuaries that can be found close to the canals.
Book a canal boat holiday from Goytre and cruise the Monmouth and Brecon Canal which runs for most of it length through the Brecon Beacons. The Brecon Beacons National Park was designated in 1957 and is surrounded by stunning landscape. Because of the diversity of habitats all sorts of birds can be found there, you may see Red Kites, grouse, plovers and curlews.

A heron on the canal sideIf you are cruising the Birmingham and Fazeley Canal then moor up for the day and visitKingsbury Water Park. There are 15 lakes situated in 600 acres of parkland offering a perfect haven for bird life. Stroll along the surfaced paths and explore the park on your own or join in one of the guided walks and organised birdwatching events.

Ellesmere on the Llangollen Canal is know as the Shropshire Lakeland and from the canal there are plenty of walks that will take you right along the Meres. In the spring and early summer visit the Heron Reserve and watch live close up footage of the nesting birds and hatching chicks.

Slimbridge Wildfowl Trust was founded in 1946 by Sir Peter Scott and is the headquarters for the Wildfowl and Wetlands Trust, WWT. The centre is world famous for its waterfowl especially the migrating species of birds who winter here. You can visit Slimbridge on a canal boat holiday cruising the Gloucester and Sharpness Canal.

Situated on the Huddersfield Narrow Canal and owned by the National Trust Marsden Moor is within easy reach of the towpath. The wild views are awe inspiring and it is also a great place to spot moorland birds such as curlew, grouse and the golden plover curlew.

From Anderton Marina in Cheshire cruise through the Goyt Valley which is located in the Peak District National Park. Situated in the heart of England the park combines some beautiful valley, moorland, river and reservoir scenery and is home to many different species of birds.

Watermead Country Park on the River Soar is a haven for waterfowl and a is developing one of the largest reed bed areas in the Midlands. The Country Park is nearly two miles long and as its name suggests it is a wetland area, with over 12 lakes and smaller ponds. 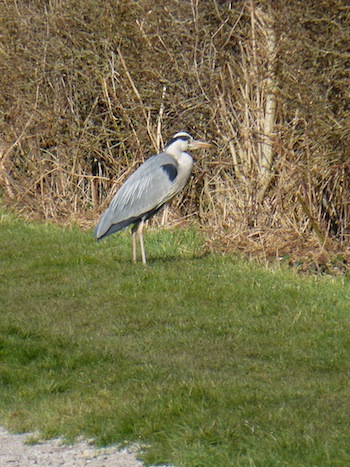 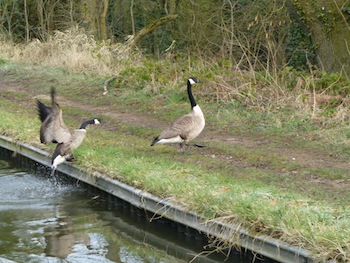 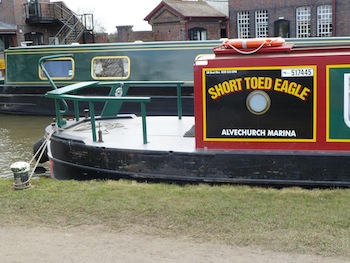