The Grand Union Canal meanders across the Midlands and sweeps through the peaceful countryside of the South East of England. Our canal boat marina is situated in the picturesque town of Market Harborough in Leicestershire, at the heart of the inspirational sights and scenery found on the Grand Union Canal.

From Union Wharf Marina, you can choose from several routes- whether you want to moor up your canal boat and explore the nearby towns, or whether you choose to head further a field, you won't be disappointed. The Grand Union Canal forms part of the Leicester Ring and the Thames Ring which gives you a wealth of choices for your canal boat holidays.

There's some great countryside between the pleasant towns on the Leicester arm of the canal, making this an interesting and varied route with something for everyone.

If you decide to take your canal boat on this route north, you'll soon come across the city of Leicester. Leicester makes a good outing, whether you're interested in the Roman ruins or want to visit the futuristic Space Museum. Moving northwards from Leicester you'll cruise down through the delightful River Soar section, a navigable river that flows into the River Trent.

South of Union Wharf lies Braunston Junction, where the Grand Union splits in two: one arm leads to Birmingham and the other to London. In some circles Braunston itself is a famous small town. It's something of a holy grail for true canal aficionados and has always been a focal point for canal artists, writers and photographers. Definitely worth a stop off to get you into the true spirit of the waterways.

A day or two's cruising southward from Braunston will bring you to Blisworth Tunnel; one of the longest canal tunnels in the UK measuring nearly two miles. This exceptional and somewhat nerve-racking journey beneath Blisworth Hill takes around forty minutes- remember, a canal boat's top speed is only around three miles per hour!

For those only taking short holidays, there are two smaller tunnels within easy reach of Union Wharf so this is an experience that can be had by all.

Should you decide to head further into the South East, the Grand Union will take you through the Chilterns, an 'Area of Outstanding Natural Beauty'. As you pass through this enchanting English countryside, look out for Red Kites; beautiful birds of prey that were previously extinct from England altogether. Now they thrive in this lush terrain where conservation projects protect and encourage them to remain in the area- you have a good chance of seeing one as you pass through the farmlands.

Amazingly the Chilterns lie just 30 miles outside London, so if time permits, cruise onto the Regents Canal for a unique city experience. This famous canal reaches close to the centre of London and can take you to the fast-moving sights and sounds of the capital. It's an incredibly picturesque city canal, fringed by weeping willow trees and with a relaxed atmosphere- a totally different experience to staying in one of London's busy hotels.

Choosing a route can be left until arrival at Union Wharf Marina where the staff will advise you of the distances you can expect to achieve during your time on board. Whichever route you decide to take for your holidays, the variety of sights, sounds and scenery on this extensive canal holds appeal for all. To book your canal boat holiday from Union Wharf go to Availability and Booking. 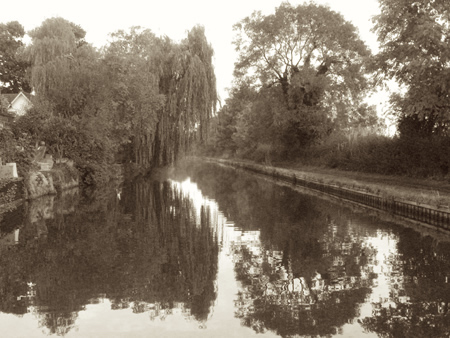