GORING ON THE THAMES FROM CAVERSHAM

Two ancient riverside villages separated by a river and joined by a bridge. Since Victorian times, Goring & Streatley has always been a popular holiday destination.

In two adjacent Areas of Outstanding Natural Beauty (The Chilterns and the North Wessex Downs) enjoy beautiful and unspoilt scenery, with a selection of some of the most charming pubs you could find, - Goring and Streatley offers the visitor a uniquely English village experience from which to explore the beautiful Oxfordshire and Berkshire countryside.

Mapledurham House , now a National Trust property is thought to be the model for Toad Hall

Goring and Streatley feature on the Midsomer Murders Southern Trail, offering an ideal place from which to explore many of the Midsomer Murders/Barnaby film locations whilst at the same time enjoying the hospitality of these quintessentially English villages with a great choice of pubs, cafes, restaurants and places to stay.

Pangourne- Re-live the same boat journey on the River Thames as Jerome K Jerome in his book '3 men In A Boat' and cruise to Pangbourne. 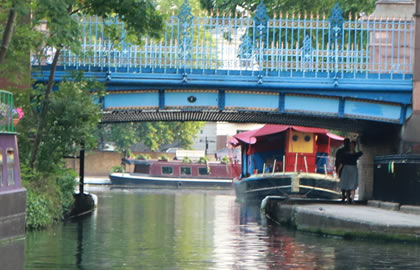 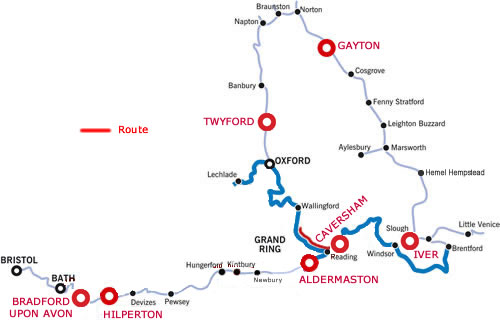 To accompany your journey you may wish to read 'Three Men in a Boat (To Say Nothing of the Dog), published in 1889, which is a humorous account by English writer Jerome K. Jerome of a two-week boating holiday on the Thames from Kingston upon Thames to Oxford and back to Kingston. The book was initially intended to be a serious travel guide, with accounts of local history along the route, but the humorous elements took over to the point where the serious and somewhat sentimental passages seem a distraction to the comic novel. One of the most praised things about Three Men in a Boat is how undated it appears to modern readers – the jokes seem fresh and witty even today.

The Thames continues past Tilehurst and soon Mapledurham House is reached with mooring just beyond the lock. The house is still occupied by the Blount family who bought it in 1490, and built the present Elizabethan manor house, with grounds sweeping right down to the Thames.
Mapledurham House dates from 1588 and is thought to be the model for Toad Hall and was also used in the filming of 'Where Eagles Dare'.

Moor for the night before Whitchurch Toll Bridge, there should be moorings on your left in Pangbourne Meadow a national trust property of 7 acres.
The town of Pangbourne is on your left. The Nautical college is an imposing William and Mary style mansion built in 1897 .

Pangbourne is also the home of Kenneth Grahame, author of The Wind in the Willows he lived in Church Cottage and told this story to his 4 year old son Alastair in 1904.

Goring is set in a splendid deep wooded valley by one of the most spectacular reaches on the River. The Church Bell dates from 1290 and is one of the oldest in England. There are moorings before Goring bridge.
See links below for moorings

It is 4 hours back to Caversham, so plenty of time to have a look around and stretch those sea legs - Two National Trails – The Ridgeway and the Thames Path intersect at Goring and Streatley, making the villages a popular stopping off point for those who prefer long distance walks. However the area is equally popular for its countryside allowing pleasant strolls both along the river and on the beautiful hills that bestride the Goring Gap with magnificent views in all directions across Oxfordshire and Berkshire. As a visitor you will be spoilt for choice if you are looking for the perfect picnic spot.