Canals have been a lifeline for British industry and agriculture for far longer than many of us believe. Rather than being a product of the Industrial Revolution, the use of British Waterways and canals can be traced as far back as Roman times.

During roman times, canals were used for irrigation purposes and to connect existing waterways with one another. Romans built the Foss Dyke in Lincolnshire for drainage and navigation and the Caer Dyke around AD50 shortly after the Roman invasion of Britain in 43AD by the armies of Emperor Claudius.

By building a canal so soon after invading these isles we can see the importance that canals must have had for Roman infrastructure.

Canals in the Middle Ages

During the middle ages, goods were mainly transported by sea and a network of muddy roads connected to the coast and main towns. However, goods were at the mercy of the weather and piracy at sea. On land, goods would often break in transit as pack horses struggled along the muddy and pitted medieval road system.

Using existing British waterways, offered a favourable alternative and allowed larger quantities of goods to be transported safely. Canal boats and barges were towed by horse along navigable rivers to carry supplies to sites where new castles, churches and monasteries were being built.

At Windsor a cut was dug to bring the Thames closer to the castle.

During the Tudor reign, Britain grew as an economic and political power. This led to a time of growth and prosperity with increases in population and industry. Advances in canal engineering were needed to cater for the expanding use of British Waterways to support this growth. One of the earliest developments in the early part of this period was the invention of the simple flash lock to assist canal boats and barges in moving up stretches of rivers that were stepped.

These early developments were soon inadequate and further transformation and improvement was needed. A concerted effort to improve and extend many rivers to create new channels for transporting goods was undertaken during the 15th and 16th century. These new water channels provided a means of transporting mass quantities at a lower price than by road. They also created direct links to new and expanding towns opening them up for trade.

The first waterways to benefit from this period of growth were the River Great Stour in 1515 and the Exeter Shipping Canal in 1566. The Exeter Canal also featured the first type of a new lock, the pound lock, which is still in use today.

Entering a time of Industrial Revolution

This expansion continued into the 17th Century as industrialists identified canals as an economical means of transporting goods with fewer breakages. But it was during the late 18th Century that canals really came into their own. As Britain entered the industrial revolution canals became the preferred means of transport. Most of what we know of as today’s canal networks were built during the 18th and early 19th century to keep up with the demand for an economical and reliable way of moving goods.

During this era engineering of the existing waterways became more sophisticated. Rather than build longer and longer cuts to avoid long or difficult stretches of river, it was logical to instead design and build artificial waterways. These new purpose built canals would take goods directly to where they needed to go, avoiding long and circuitous natural river routes. So started the construction of an integrated canal network with the sole purpose of moving materials and goods direct to factory and market.

The famous pottery owner, Josiah Wedgewood, was one such industrialist who saw the advantage of using canal boats to bring bulk quantities of raw material straight to the factory door and then finished goods onto market.

The first of these purpose built canals were the Sankey Canal and Bridgewater Canal, which were soon followed by others like the Oxford Canal and the Trent and Mersey Canal.

Engineers such as Thomas Telford lay claim to the magnificent tunnels, aqueducts and structures that were essential to the canal network and spanned the land that was originally seen as impossible to traverse. As you cruise across aqueducts, through tunnels and locks, spare a thought for those who built them- many died in these pioneering projects and construction was often a slow and laborious process using little more than picks and shovels

Britain's canals today are a long way from the functional working canals of former centuries. The boats which will be your home during your canal boat holiday are a far cry from the simplistic barges of the past. Equipped with all the technology and facilities you'll need throughout your break, our luxury canal boats allow you to experience the transportation mode of the past in full comfort.

Today, many of the boats which you'll pass on the canal will be other holidaymakers. Britain still has many communities who live on canal boats, and you'll soon spot the professionals: gliding through the locks without a second thought, keeping their self decorated boats in good nick and going about their daily lives. 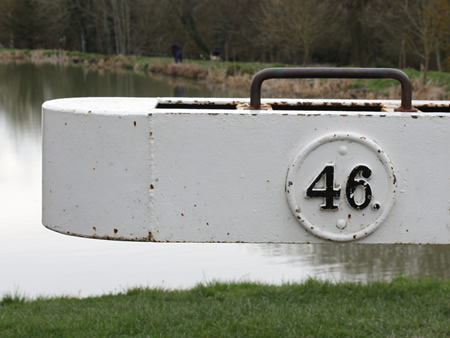 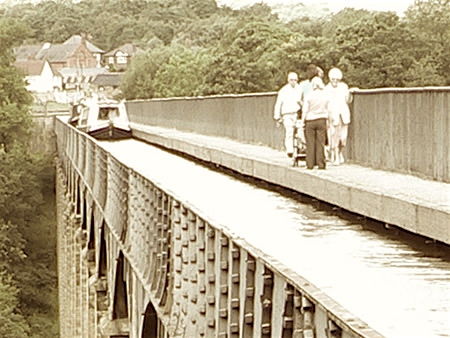 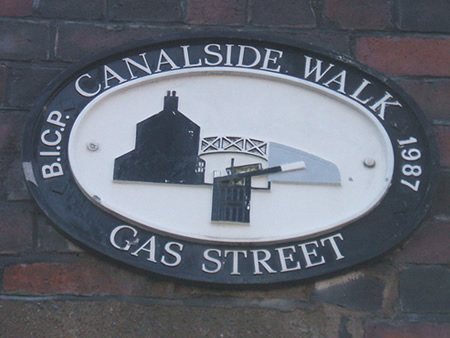