One of the concerns of our guests, especially those hiring a canal boat for the first time, is how to operate the locks. In practice the process of navigating a lock is really simple and as soon as you and your crew have completed your first one you will be experts.

In simple terms a lock chamber, a canal boat goes into the chamber and then the lock gates are closed behind. You need to empty or fill the chamber so that the canal boat is on the same level as the water in front.

A double lock on the Trent and Mersey Canal
The water is let in or out by paddles which are operated from the side of the canal. These are small doors within the chamber gates and are opened by turning the mechanisms using a windlass. If you are 'going up' then open the lock gate and take the canal boat into the lock and close the gate behind you.

Using your windlass open the sluice gate and allow the water to flow from the top pound into the lock. The canal boat will then rise as the lock fills with water, when the water level inside the lock is the same as the water level ahead open the top gates and take the boat out.

The water should be let in and out of the chamber gradually and not all in one go.

The ground paddles need to be opened first to allow the lock to fill to around the halfway mark then let the rest of the water in or out gradually by opening the main gate paddles.

Water will always flow downhill and when a lock gate is closed against the pressure of the water the gate will not open until the water level is equal on both sides. Travelling through a lock will take approximately 10 to 20 minutes depending how big the lock is.

It is always nice to meet another canal boat coming towards you on the approach to a lock as this canal boat would have just exited the lock on your level and therefore the lock will be set in your favour.

Sometimes waterways will have a different style of lock and some locks flights or large locks, such the ones on The River Thames, will have lock keepers present.

Don't be a gongoozler* learn the terminology before you leave home and astound everyone with your knowledge of locks.

A Chamber - The main feature of a lock, it is a watertight enclosure which can be sealed off from the pounds at either end by gates.

A Cill - A ledge inside the lock on which the gates sit. Gates are watertight doors which seal off the chamber from the pounds. Each end of the chamber is equipped with a gate made of oak, elm or steel.

A Guillotine lock - A lock where the gate is wound upwards like the blade of a guillotine.

Lock flights - A series of locks in close enough proximity with a short pound in between.

Lock Keepers - Some locks are operated or supervised by professional Lock Keepers, in particularly where locks are large or have complicated features.

A Pound - The level stretch of water between two locks.

Rise - The change in water level effected by the lock.

Sluice - Trapdoors which let water in or out and are situated in the lock gate or on the side wall of a lock, are also know as paddles.

Staircase Lock - Used when a very steep gradient has to be climbed and where the bottom gates of one is the top gates of the next.

Winding gear - The mechanism which allows the Sluice, paddles, to be lifted, opened, or lowered, closed.

A Windlass - Also know as the lock handle or iron it is a spanner like tool used for opening and closing locks.

Narrow and Broad Locks - These locks were built to two sizes a narrow locks which can accommodate one narrow boat and a broad lock that can fit two boats side by side, these locks are the most common on the canal system.

Duplicate Locks - As canals became busier many locks created bottlenecks so to speed up the passage of the narrow boats another lock was built alongside the existing one. Narrowboats were then worked in pairs in meant that two boats could pass in the locks side by side.

Stop Locks - Water was a very valuable commodity so Stop Locks were built where canals joined to keep the water belonging to the two canal companies separate.

Guillotine Lock - A lock where the gate is wound upwards like the blade of a guillotine.

Lock Flights - A series of locks in close proximity with a short pound in between.

Staircase Lock - Used when a very steep gradient has to be climbed and where the bottom gate of one is the top gates of the next.

*Gongoozler – A person who watches the activities of canal boats. The term is also often used in a more general way to describe those who have an interest in canals and the canal life, but do not actively participate.

In the UK just about every inland waterway will have some type of lock and this adds to the fun of travelling on your canal boat holidays. These are some of the locks that you may encounter on a Canal Boat Holiday.

Book your canal boat holiday from Market Harborough to experience The Hatton Locks. Known as the 'Stairway to Heaven' the locks are situated in beautiful Warwickshire countryside and raise or drop the Grand Union Canal for over 146 feet.

The Caen Hill Locks on the Kennet and Avon Canal are the steepest flight of locks in the world. Spread out for over 2 miles the locks will raise your narrow boat for a total of 237 feet. The main flight of 16 locks is built very close together and then forms part of a longer series of 29 locks in total. You can navigate the Caen Hill Flight on a canal boat holiday from Hilperton Marina.

Caen Hill Locks
The Bratch Lock on the Staffordshire and Worcester Canal is the steepest staircase lock in the UK and there is a lock keeper on hand to help you and your narrow boat through the more complicated workings of this staircase lock. Our Marina at Gailey is only 14 miles from Bratch so you can easily reach the lock on a short or weekend break.

To achieve the thirty locks of the Tardebigge Flight book a canal boat from our base at Lowesmoor Wharf in Worcester. These locks on the Worcester and Birmingham Canal are the largest flight of in Britain and raise the canal up 220 feet for over 2 miles. The top lock has a rise of 11 feet which is unusually high for a single lock.

The Foxton Flight on the Grand Union Canal close to our Market Harborough location and consist of two staircases each with five locks. The locks are usually manned and the lock keeper will help you guide your canal boat through. He will instruct you in which order to open the paddles, red or white, depending on where he wants to direct the water.

Still worried? Please don't be as full training will be provided by our team at your home base. 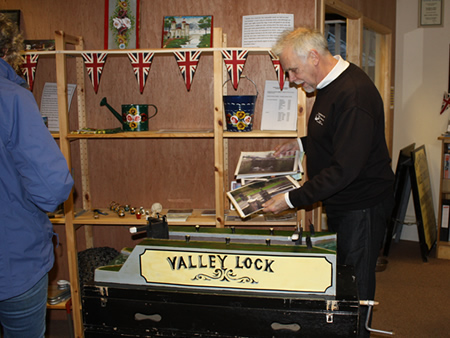