Constructed between 1770 and 1816 The Leeds and Liverpool Canal crossed the Pennies and linked two major cities Leeds and Liverpool. In its heyday the canal rapidly became one of the most prosperous canals in the country serving the woollen and weaving towns such as Barnsley and Bradford providing cheap transportation direct from the mills to the port of Liverpool.

Bingley Five Rise - Opened in 1771 and with a fall of over 60 feet these locks are the most spectacular feature of the Leeds and Liverpool Canal. The locks open directly from one to another with the top gate of one forming the bottom gate of the next.

Foulridge Tunnel – The tunnel has a claim to fame when Buttercup the cow who fell in the Leeds and Liverpool Canal close to the tunnel. She then swam its whole length, 1640 yards , where she was helped out by the locals in The Hole in the Wall, Public House.

Barden Mill – Housed in an original Lancashire Cotton Weaving Mill you will find this shoppers paradise and with over 50 departments there really is something for everyone. With it's own wharf where passing narrowboats can moor it is the perfect place to visit.

Burnley Embankment – Known locally as “The Straight Mile” this feat of engineering is included in the Seven Wonders of the British Canal system. Constructed between 1796 and 1801 the impressive embankment carries the canal for 1 mile 60 feet above the town of Burnley.

Skipton Castle – At over 900 years old the castle is one of the best preserved medieval castles in the UK. Take a tour and imagine what life may have been like within the castle boundaries where you would be protected from invaders.

Albert Dock – Visit this stunning waterfront development the complex offers a unique blend of culture. Walk around the docks to soak up the vibrant atmosphere or indulge in the vast choice of shopping on offer. 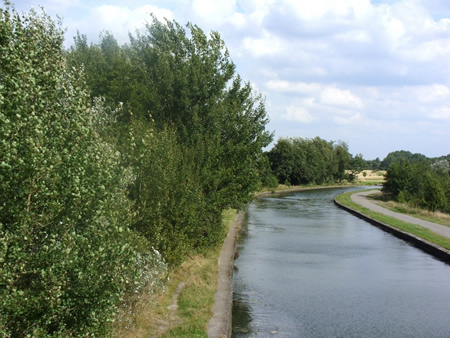