If you are a visitor to the UK the choice of routes can be overwhelming, and not knowing the country you don't know where to begin!

We have picked out a few routes that in our opinion are the best in each category , so whether you want to be awed or educated, or take a pleasant cruise through the countryside we have something for everyone.

For the best advice tailored to your itinerary just send us an email from our contact page, or log onto our chat facility .

For each route we may have shorter or longer versions, and the routes might be available from different marinas.


Cultural
Bath and Bristol, visit these Historic Cities which are close by to each other.

The Roman Baths
Built by the Romans as a magnificent temple and bathing complex visit this World Heritage Site and meet the Roman costumed characters. Walk in their footsteps and hear the stories from the people who lived and worked there 2,000 years ago

Bristol
A vibrant 21st century city and a relaxing waterside destination most famous for the engineering feats of Isambard Kingdom Brunel -no visit would be complete without a walk across the Clifton Suspension Bridge marvel at the Floating Harbour one of England's most exciting arts and entertainment centres view SS Great Britain and spend hours of fun at the premier leisure destination At-Bristol.

3 nights : Bath and the River Avon to Saltford from Bradford on Avon
7 nights : Bristol and return from Hilperton

Stratford upon Avon
Stratford on Avon has endless streets of low-timbered buildings. The whole town is full of Shakespeare relics and buildings, like Ann Hathaway's Cottage, Shakespeare's birthplace, and Halls' Croft where his daughter lived.


Oxford
Oxford was founded in the 10th century and today is a lively cosmopolitan centre of learning, tourism and industry. There are excellent guided walks each day from the Tourist Information centre inc an Inspector Morse Tour and a Ghost Tour. It is the 39 colleges that give Oxford its unique character.

7 nights : Oxford and return along the Thames from Aldermaston.


Scenic
Mon & Brecon Canal
Brecon Beacon National Park - Situated between south and mid-Wales and covering an area of 520 sq miles the park contains some of the most spectacular scenery in Britain.

7 nights : Monmouthshire and Brecon from Goytre

Yorkshire Dales
Skipton
As the gateway to the magnificent Yorkshire Dales, people travel the length and breadth of the country to visit this charming market town and the Yorkshire dales-­. With its famous 900 year old castle, romantic ruined priory and historic cobbled High Street

7 nights : Shipley and return from Skipton through the Yorkshire Dales and Bronte country


Typical English countryside
Cotswolds- The Cotswolds is an expanse of gently sloping green hills and ancient, picturesque towns and villages in south-western and west-central England. It is a designated as an area of Outstanding Natural Beauty, the largest in the country, and its quintessentially English charm.


Historical
Windsor Castle is the largest inhabited castle in the World, established by William the Conqueror during the 1070's the present castle was started by Henry 11 during 1165-1179. It has been meticulously restored after the disastrous fire in 1992.

7 nights : Windsor and return from Aldermaston

Warwick Castle
The original Castle was built on a motte and bailey constructed by William the Conqueror in 1068, with the present exterior being a good example of a C14th fortification. The gardens of the Castle were designed by Capability Brown.

Chirk Castle
This magnificent 700 year old fortress was built by Edward the 1, and has family apartments, state rooms, servants quarters and dungeons which can be viewed.

Llangollen and return from Whitchurch

Hampton Court Palace
Discover the magnificence of Henry VIII's favourite royal residence at Hampton Court Palace. Immerse yourself in the sights and sounds of the bustling Base Court and marvel at the breath-taking grandeur of Henry's State Rooms. Stroll through over 60 acres of enchanting gardens, lose yourself in the famous maze and appreciate the beauty of one of the greatest palaces on earth.

Chester
There is a wealth of things to do in this Roman City which can be seen on foot, because of the amazing survival of the old city wall. You can walk right round Chester on this superb footpath.
Chester Roman Amphitheatre is the largest in Britain, used for entertainment and military training by the 20th Legion, based at the fortress of 'Deva' (Chester).

Ashby Canal and battle of Bosworth battlefields from Tamworth
Site of the Battle of Bosworth, and Heritage Visitor Centre, and the attractive village of Stoke Golding, where Henry V11 was crowned in 1485.

Ashby Canal and Battlefields from Tamworth


Industrial heritage
The Black Country Museum
The 26 acre outdoor Museum has been built around a re-constructed canal village, with a pub, shops and an inland port. You can ride on a trolley bus or tram, try sweet making , metal working or glass cutting, experience an underground coal mine & meet the characters in the shops and houses. There is a Helter Skelter, Swing Boats and traditional fairground side stalls, a 1930's high street has been re-created- 'Between the Wars', there is a recreation of a village with pawnbroker's and cobblers shops, and cafes and fish & chip shops if you need refreshment.


Cities
London
Little Venice is home to quirky waterside cafes, cosy pubs, and charming restaurants and boasts some of the most interesting independant theatre venues in London . Regent’s Park combines large open spaces with tree-lined pathways, formal gardens. London Zoo is the world's oldest scientific zoo. Today it houses a collection of 698 species of animals, with 20,166 individuals, making it one of the largest collections in the United Kingdom. Nearby tube stations give you access to any part of London, with all the attractions that this great historic city has to offer.

Manchester
Manchester, where there is a wealth of culture, restaurants and cafe's. On the canal side, you will find The Waterside Arts Centre and The Robert Bolt Theatre

3 nights : Manchester and return from Anderton

Birmingham
You are in the heart of Birmingham with Cambrian Wharf , Brindley Place and the Gas Street Basin close by. You can see what this wonderful city has to offer. Gas Street Basin has been redeveloped into a unique experience, where traditional narrow boats can moor up alongside cosmopolitan cafe's and bars and you can enjoy a variety of entertainment, arts and shopping opportunities, all within a short walk.

Bath
Bath has been designated a 'World Heritage City' with a history stretching back to the Roman Baths after which it is named and that can still be visited today. Moorings are available very close to the city centre and Bath is, without doubt, worthy of at least a couple of days of exploration.

3 nights : Bristol and return from Bradford on Avon

Bristol
In Bristol savour its maritime past in the various Museums, Art galleries, visit the Planetarium and Science centre where kids will love the hands on exhibits, and SS Great Britain,and nearby Zoo

7 nights : Bristol and return from Hilperton

Worcester
Worcester has plenty to offer the visitor, including the imposing cathedral which dates from 1074.
In Friar Street is Greyfriars, dating from 1480 this is one of the finest half-timbered houses in the country. Charles II escaped from here after the Battle of Worcester in 1651.

3 nights : Worcester from Stourport on Severn 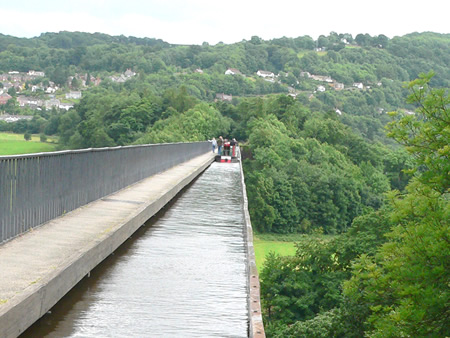 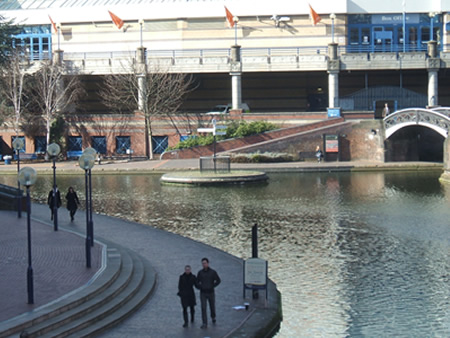 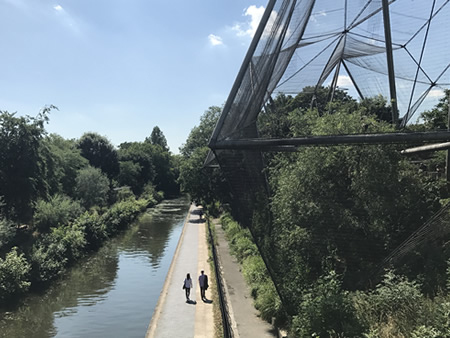 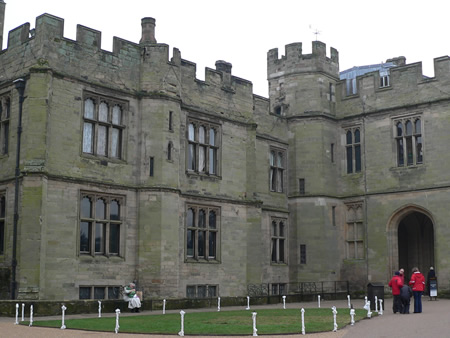