OXFORD AND RETURN FROM CAVERSHAM

Oxford, The City of Dreaming Spires, is famous the world over for its University and place in history. For over 800 years, it has been a home to royalty and scholars, and since the 9th century an established town, although people are known to have lived in the area for thousands of years.
Nowadays, the city is a bustling cosmopolitan town.


Abingdon on Thames , a historic market town set in rural Oxfordshire which proudly claims to be the oldest town in the country. 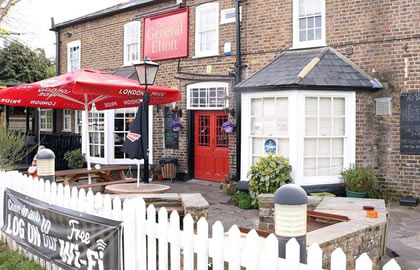 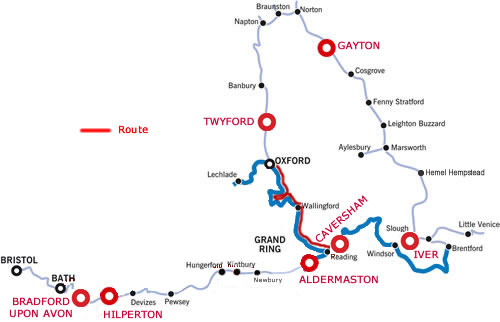 The Thames continues past Tilehurst and soon Mapledurham House is reached with mooring just beyond the lock. The house is still occupied by the Blount family who bought it in 1490, and built the present Elizabethan manor house, with grounds sweeping right down to the Thames. The House and Watermill are open on Saturdays, Sundays and Bank Holidays from Easter Saturday until the end of September .

Goring is set in a splendid deep wooded valley by one of the most spectacular reaches on the River. The Church Bell dates from 1290 and is one of the oldest in England. There are moorings before Goring bridge.
See link for moorings here https://www.thamesvisitormoorings.co.uk/moorings/Goring/

There is plenty of time to have a look around and stretch those sea legs - Two National Trails – The Ridgeway and the Thames Path intersect at Goring and Streatley, making the villages a popular stopping off point for those who prefer long distance walks. However the area is equally popular for its countryside allowing pleasant strolls both along the river and on the beautiful hills that bestride the Goring Gap with magnificent views in all directions across Oxfordshire and Berkshire. As a visitor you will be spoilt for choice if you are looking for the perfect picnic spot.

The River follows open countryside again, with just Goring Lock and Cleeve Lock to negotiate in the next couple of hours until you reach Wallingford. Moorings just past Wallingford Bridge, taking the central arch.
Moor for the night here it is 4.25 hours to here.

This town is one of the oldest in the borough dating from 1155. Well preserved banks and ditches of Saxon defences still remain. At the rear of the George Hotel is the entrance to the remains of the Norman castle built on a mound in 1071and finally destroyed by Fairfax in 1646. Walk up the hill from the river to enjoy the town centre, shops and market square. The Cholsey and Wallingford Railway is 15 mins walk west of Wallingford, steam and diesel trains run on 2.5 miles of track.

Just past Benson Lock is the town of Benson, which is hardly more than a village but was once the home of the Kings of Mercia. There is a stores and pub.

The River Thames turns west and north to take a wide berth around the Roman town of Dorchester, passing the massive 114 acres of earthworks known as Dyke Hills. It continues to make its widing way past Abingdon, there are moorings just before the bridge.

Moor for the night here it is 5.5 hours to here

Abingdon is a 18th century market town which grew up around the abbey. It has an extensive shopping centre with precinct. Abbey meadow by the river, is a public park with swimming pool and cafe. The River is dominated by the gaol, an impressive stone bastille built around 1805, which is now a leisure and sports centre. Abingdon Museum is housed in what is one of the finest town halls in England, built by one of Wrens masons.

The Thames then passes through open countryside on its final stretch up to Oxford. It is a lovely stretch of urban waterway up to Osney Bridge, with terraced houses facing the river. The river is much used by rowing clubs and small boats so care should be taken. There are moorings below Osney Bridge, above Sheepwash channel, or if you want out of town moorings- at Binsey and you can stroll back into Oxford. Or moor at East Street see link to moorings info here : https://www.thamesvisitormoorings.co.uk/moorings/Osney-Lock/

It is 3 hours here from Abingdon

Time to explore Oxford.
Oxford was founded in the 10th century and today is a lively cosmopolitan centre of learning, tourism and industry. There are excellent guided walks each day from the Tourist Information centre inc an Inspector Morse Tour and a Ghost Tour. It is the 39 colleges that give Oxford its unique character, and some of these can be visited, but times vary so check with the TIC. The Sheldonian Theatre was built by Christopher Wren in 1669, its interior is delightful, it is open at various times to the public. The Old Bodleian houses a fine collection of old manuscripts dating from the 16th and 17th centuries and is open for guided tours.

Christ Church cathedral is mainly 12 century with later additions. The Ashmolean museum is one of the oldest public museums in Britain and one of the most rewarding outside of London. It opened in 1683 and has an outstanding collection of Eastern and European archaeology, also 17th and 18th century silver collection, and a vast display of coins, and also drawings by Michelangelo, Leonardi da Vinci and Rubens. The University Muesum's interior is a forest of columns and skeletons and houses the very rare head and claw of the extinct dodo.