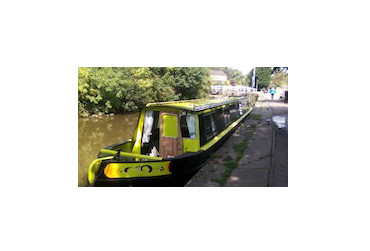 Directions to the Skipton

Cruise the Leeds and Liverpool Canal which crosses the Pennines and passes the edge of the Yorkshire Dales through peaceful countryside and picturesque villages. Located in the perfect location for a 3 day or week long break in the most breathtaking countryside, Athena is moored close to the border between Lancashire and Yorkshire near the beautiful villages of West Marton and Gargrave bordering the Yorkshire Dales National Park.

Barnoldswick- set in stunning scenery, a quaint colourful town with the Canal meandering through. It is steeped in living history and dates back to pre-Roman times, nowadays, stone built streets surround a traditional town centre with a restful square at the heart of the community. The town is well known for its industrial heritage. Aside from having the highest point of the Leeds and Liverpool Canal, Barnoldswick is famous for being the place where Rolls-Royce developed the jet engine in the second World War. There's also the town's most iconic landmark - Bancroft Mill with its working steam engine. Barnoldswick is bursting with bustling shops which provide an individual service for discerning visitors.

Saltaire- this beautiful village has World Heritage status - named after Sir Titus Salt who sited his textile mills beside the Canal and built the village for his workers.

Riddlesden - Visit East Riddlesden Hall a national trust property , Imagine stepping 400 years back in time into the home of a 17th-century cloth merchant. .Experience the tranquillity that is East Riddlesden Hall. In contrast to the atmospheric exterior. The house is home to a wonderful array of seventeenth century needlework and original exquisite plasterwork ceilings created by local craftsmen. The intimate gardens, with an ever-changing palette of colour, offer a peaceful space to relax and unwind in. . The hobbit house is waiting to be discovered and there's no better place to spot wildlife than at the bird hide. East Riddlesden Hall is the perfect place to spend a morning or afternoon.

Skipton- As the gateway to the magnificent Yorkshire Dales, people travel the length and breadth of the country to visit this charming market town. With its famous 900 year old castle, romantic ruined priory and historic cobbled High Street.

The Yorkshire Dales National Park encompasses thousands of square miles of moors, valleys, hills and villages- Stone-built villages sit amongst traditional farming landscapes of field barns, drystone walls and flower-rich hay meadows, and show how the area has been shaped over thousands of years by the people who have lived and worked here. Spectacular waterfalls and ancient broadleaved woodland contrast with the scattered remains of former mine workings and other rural industries which remind us of the area's rich industrial heritage.

By Road : From Skipton take the A59 towards Clitheroe. Continue past the Cross Keys Inn at East Marton for approximately 1 mile until you reach the cross roads at West Marton. Turn left down Thornton Road and continue down for approximately 1 mile. Just before the signposted hump-back bridge (Southfield Bridge 159) over the canal. A gate takes you onto our car park.

Sorry, we don't have routes for this location yet.

Canal Boats from Skipton
View canal boats from all our locations. 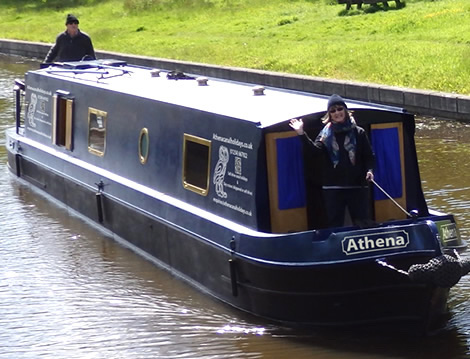 Other Useful Information for Skipton

Groceries : Skipton has many stores and all the major supermarkets