The River Thames is a river that flows through southern England. It is the longest river entirely in England and the second longest in the United Kingdom, after the River Severn
It has 45 locks, is home to over 25 species of fish, boasts three areas of outstanding natural beauty and it's the only river in Europe to have a National Trail follow its entire length.

Starting as a small trickle in the Cotswolds the River Thames travels over 210 miles through the heart of some of England's most picturesque towns, right into the centre of London and eventually, out into the North Sea. The River Thames may take its name from the Sanskrit Tamas meaning "dark" as its waters are often dark and cloudy; another school of thought is that it is named after the Roman Tam meaning "wide" and Isis meaning water.

Things of Interest on Route
Henley-on-Thames is famous for its regatta which started in 1839 and gained royal patronage in 1851. The first Oxford and Cambridge boat races were held here and finished at Henley bridge.
There are 45 locks on the non-tidal River Thames.

Buscot Lock, just east of Lechlade, is the smallest lock on the river.

Pangbourne, where the river Pang flows into the River Thames, is famous as the home of Kenneth Grahame, author of The Wind in the Willows and also as the place where Jerome K Jerome's three men in a boat finish their journey at the Swan Inn. Just downriver from Pangbourne is Mapledurham House, dating from 1588, and thought to be the model for Toad Hall.

The Thames path follows the river for 296km (184 miles) from its source, making it the longest riverside walk in Europe.

Upstream, the Thames is navigable as far as Lechlade. Between Windsor and Oxford there are several riverside inns, stately homes and gardens to visit including Cliveden Mansion, with its extensive Italianate gardens and woodlands.

Legoland- a Windsor is a Lego themed family theme park which takes a day to appreciate. The park's attractions consist of a mixture of Lego-themed rides, models, and building workshops
Oxford- The City of Dreaming Spires, is famous the world over for its University and place in history. For over 800 years, it has been a home to royalty and scholars, and since the 9th century an established town, although people are known to have lived in the area for thousands of years. Visit the historic buildings, colleges and museums.

Eton- Eton College was founded in 1440 and 18 former Prime ministers have been educated here. Some parts are open to the public.

Marlow- a handsome Georgian town with many literary associations like Shelley, and Frankenstein was written here by Mary Godwin -Shelley's wife and TS Eliot also lived here for a while.
Basildon Park- Built in the 1700's this is the most splendid Palla 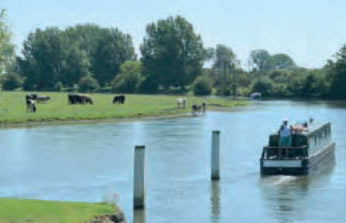 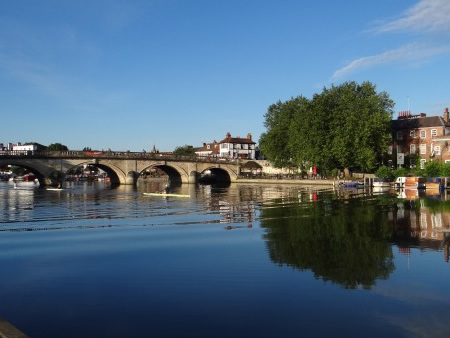