The ancient city of Worcester is built on the banks of the River Severn and was founded by the Romans in about 50AD.

The Worcester and Birmingham canal was opened during 1815. Navigate the Tardebigge flight a breathtaking two miles long with 30 locks flight and raising the canal 220 feet.

Worcester cathedral founded by Saint Oswald in 680 and rebuilt in 1084 by Saint Wulfstan. During Anglo-Saxon times, Worcester was one of the most important monastic cathedrals in the country. Worcester Benedictine monks studied a variety of subjects and Worcester became a centre of great learning.

The monastery continued until In 1540 the monastery was dissolved by Henry VIII. The cathedral was badly damaged in the civil wars, and as a consequence a major programme of rebuilding was required after the Restoration of Charles II.

The nearby timber framed Commandery was originally built by Saint Wulfstan around 1085 as a monastic hospital. The Commandery is most famous for being used as military headquarters during the Civil War and for holding King Charles II.

Constructed in the Queen Anne style work begun on The Guildhall in 1721. The Guildhall replaced an earlier building occupying the same site. A local stonemason Thomas White was reputed to be the designer. Opened for 6 days of the week the public may view the Grand Italian styled Assembly room.

Built in 1480 by Thomas Greene a prosperous Worcester brewer Greyfriars is a medieval timber framed house. The expensively set close together, and the wide double doorway, big enough to accommodate a coach, reflected Greene's wealth and status in the town. The building faced demolition during World War II, but was rescued in time by the Worcester Archaeological Society.

Worcester City Art Gallery and Museum is situated in a beautiful Victorian building and runs a varied programme of exhibitions, activities and events for all the family. Explore the fascinating historic display including a 20th century chemist shop.

Shop in the centre of Worcester on a sunny summer Saturday and watch the many street street entertainers. The Victorian market each Christmas takes over for a few days, selling crafts and gifts for the season. There are ample delightful cafes from the ultra modern Art House to the rustic Cafe Rouge of Friar Street. Or buy a pastie from the fabulous Pastie Shop on St Swithin's Street.

At The Royal Worcester Visitor Centre a guide will take you around the Centre talking through techniques of past and present. See the skilled artists and work and have a go at painting your own plate. The shops stock a wide range of quality china, porcelain and gift ware with great savings and special offers throughout the year and the Seconds Shop offers a huge selection of quality seconds at greatly reduced prices.

World famous for its sauce the story begins in the 1800s when Lord Sandys returned home fro his trip to Bengal. On his request the owners of a chemist shop John Lea and William Perrins tried to make the recipe he had required. The Lea and Perrins brand was made commercially for the first time in 1837. A closely guarded secret the recipe kept to this day and only know to the privileged few makes Worcester Sauce so unique. In the famous Harry's New York Bar in Paris the Bloody Mary was born when the barman mixed vodka with tomato juice and a splash of Lee and Perrins. 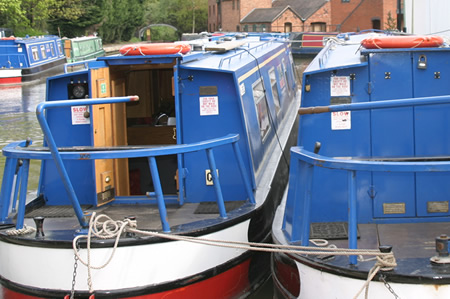