Aylesbury derived its name from the Saxon settlement called Aegel's burgh, burgh is a Saxon word meaning fort or fortified settlement. Aylesbury has always been a market town and a market has been held here since 11th century. The lace making industry thrived during the 17th and 18th centuries and at this time was the only significant industry in the town. The lace industry died out in the early 19th century and was replaced with the silk industry and you can still visit the silk shops and centres today.

The Grand Union canal, a direct link to London, was routed through Aylesbury and The Aylesbury Arm of the canal was opened in 1814. Coal prices came down and warehouses serving a variety of trades were built around the Aylesbury Basin. These included The Aylesbury Condensed Milk Company (later to become Nestles), The Partridge Flour Mills and the ABC Brewery Company.

Aylesbury is most famous for its ducks and these ducks have been seen for 150 years or more around the farmyards of England. Historically they were walked from the Vale of Aylesbury to London (40 miles max) the ducks feet were protected by a tar and sawdust to help prevent damage on the journey. The drovers stopped at inns along the way with the birds being kept overnight in large pens. The area of Aylesbury where the ducks were reared became known as "Duck End", and during the cold weather the ducks were often reared inside the cottages.

In the Roald Dahl children's gallery you can explore the pages of all of this authors fantastic books. You won't believe your eyes as you let your imagination run wild. Strolling through the gallery is like being in a giant pop up book - discover Willy Wonka and his inventions, visit the Twits upside down room or discover buried treasure in Fantastic Mt Foxes tunnel. Visit the library and dip into your favourite Dahl book, listen to a story or watch a video and don't forget to take a ride in the Glass Elevator

The Tiggywinkles animal hospital is one of the busiest animal rescues centres in the country and the Visitor Centre is designed to provide information on their specialist work. Tiggywinkles treats over 10,000 animal casualties every year and all of the wildlife patients are treated free of charge. Discover about the Hospital and its patients and you can ever meet some of the permanent hedgehogs up close. Visit the coffee shop or take a picnic lunch to the large picnic area. For a wide range of gifts there is shop on site with all profits going towards the work of the hospital

Take a trip to nearby Quainton and visit the Quainton Windmill. Building started in 1830 and was completed in 1832. Milling by wind continued until about 1890 and then a steam engine was installed, however this was removed for scrap at the beginning of first World War. Restoration work began in 1974 when the Quainton Windmill Society was formed. The mill is now in full working order and the stone-ground flour produced there can be purchased at the mill or at local village stores. Quainton village has some wonderful historic buildings and architecture offer popular walks with magnificent views of the surrounding countryside.

Visit Friars Square Centre with over 60 stores from the large high street branches to the smaller more unique stores. There are plenty of cafes and eating experiences to choose from when you want to rest your weary feet. For a brilliant shopping experience visit the Bicester Village an outlet village offering a dream destination for the serious shopper. Bicester Village is home to over 120 outlet boutiques set around delightful pedestrianised streets. If you want a mid-morning break between shopping or a leisurely gourmet meal there are plenty of choices of places to eat or drink. 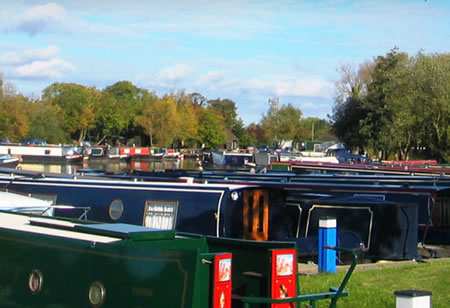