BRAUNSTON AND RETURN FROM GAYTON

Cruise north along the Grand Union Canal through charming villages through the Braunston Tunnel to the historic wharf at Braunston.
Braunston lies at the junction of the Grand Union and Oxford Canals in a rural setting on the border of Warwickshire and Northamptonshire, between Daventry and Rugby.

The village, on the hill above the canal, thrived for over 150 years on the canal trade - carrying goods from the Midlands to London. Now it is a centre for leisure activities and boasts by far and away the busiest stretch of canal anywhere in the country. 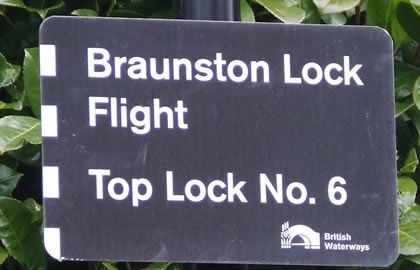 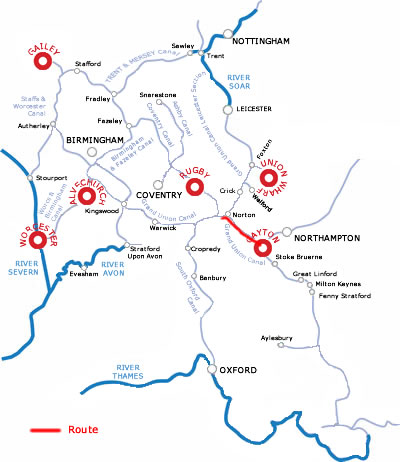 Bugbrooke is 1.5 hours from Gayton.

A short while after leaving Weedon you will pass Brockhall Park on your right, (access from Bridge 18). The Hall here is Tudor in part, and in the Victorian courtyard farm buildings has been established The Heart of the Shires Shopping Village). The Shopping village has about 25 widely ranging shops, including a tearoom, so is well worth a visit.

The canal continues through open landscape until you begin the climb up to the Norton Junction through a series of 7 locks called the Buckby locks.

The New Inn is canalside at Buckby Top Lock, with canalside seating and moorings. It is 5 hours 20 minutes from Gayton marina to here, or 3 hours from Weedon to here. At Norton Junction you can then go down the Grand Union west towards Braunston.From Norton Junction to Braunston the canal runs westward through hills and wooded country, then into a wooded cutting which leads to Braunston Tunnel.

Off to the north on your right you will pass the small village of Welton on a hill. At Bridge 6 ¾ mile from the Canal you can find a 400 yr old pub – The White Horse Inn.
Braunston Tunnel was opened in 1796 & is 2042 yards long.

Day 3
Day 4
It is 6 hours cruising from Weedon to Braunston, and those on a 3 night trip should head back to Gayton on the last day (8 hours).