Devizes is located close to the Kennet and Avon Canal situated in the Vale of Pewsey in the heart of the Wiltshire countryside. Devizes is a historic market town rich in medieval history and is developed around the Norman castle which was probably built around 1080. During the 12th and 13th centuries the town of Devizes grew outside the castle with traders setting up businesses to provide the residents of the castle with produce and services. Brewing began in the town during the 18th century and Wadworth and Co, who where established in 1875, are still brewing their beer today.

John Rennie's solution to climbing the steep hill in Devizes was to build the Caen Locks. This flight of 16 successive locks forms part of the Devizes flight of 29 locks spread over 2 miles and which raises the Kennet and Avon Canal for 237 feet.

Sample the beers and take a tour of the Wadworth Brewery Visitor centre and discover how the beer is still brewed by old fashioned methods today. Look out for the working shire horses who are a familiar sight in the streets of Devizes and visit their stables to meet them.

Explore the Wiltshire Heritage Museum to get an insight on the wealth of history, lore and legend in the area. The collections include displays associated with some of the most famous landmarks in the world including the World Heritage Sites of Stonehenge.

See a production at the Wharf Theatre which is situated in a converted warehouse situated on the Kennet and Avon Canal.

Wilton Windmill was built in 1821 and is the last surviving windmill in Wiltshire. A visit to the mill, now fully restored, and learn how the grain was processed into flour. Stay and have a cuppa and a piece of home-made cake in the delightful cafe.

Spend a full day at Lacock Abbey which is most famous for being the where William Henry Fox Talbot took his very first negative photograph of a window in the abbey. Visit the Fox Talbot Photographic Museum for an explanation into the process he invented. If the rooms look familiar then think Harry Potter as the Abbey was used in the making of the first two films - how much of Hogwarts you can recognise?

When it comes to the town centre Devizes retains its individuality and offers visitors a wealth of shopping opportunities. From the enchanting cobbled alleyways with specialist retailers to the indoor and outdoor markets. The Market Place hosts many of the town's coffee shops, restaurants, pubs, shops and the indoor market and many more are to be found in the streets and alleys leading off. 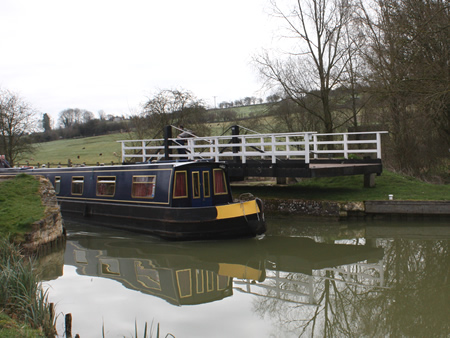