Whether you are an absolute beginner or a real 'pro' looking for that catch of a lifetime there is no better opportunity than to spend some time fishing on your canal boat holiday.

Relax and cast your line from the canal or river bank in a perfect peaceful surrounding and all from the comfort of your canal boat.

You will need a licence which can be obtained from any main post office, ask for a 'rodlicence' for coarse fishing or go on line to www.environment-agency.gov.uk.Full details and current prices can be obtained on line at www.environment-agency.gov.uk. Please remember it is an offence to fish without a rod licence and the penalties for being caught are severe - up to £2,500.00. You may also need a day ticket to fish in the canals and your home marina will be able to advise you of this.

Obey thesigns as most fishing rights are held by local fishing clubs and fishing may beprohibited on some stretches. Fishing is prohibited on British rivers between 15th March and 15th June, the close season, but you can fish on rivers outside these dates and on canals at any time. All catches must be kept in a holdingnet and must be returned unharmed to the waters.

If you just want to give fishing a try and need to buy equipment then go into your local tackle shop and tell them what you want to do - basic fishing in a canal and that you don't want to spend too much money. Don't be afraid to ask for advice from the locals most anglers are only too pleased to show off what they know or brag about what they have caught.

However, if you actually want to do some serious fishing on your canal boat holiday then buy some lighter strength line - 1 - 2 lbs breaking strain will do and some smaller floats and hooks. Landing nets, unhooking mats and the correct unhooking tools should also be part of your basic equipment.

There are some rules and regulations when fishing on your canal boat holiday but theseare simple and most of them are common sense.

Be careful on slippery banks which can be steep.

Do not fish from a moving narrowboat.

Do not leave discarded hooks and lines or rubbish on the towpath as this can injure or even kill wildlife.

Do not fish within 30 metres of overhead power lines.

Do respect and appreciate the wildlife and the natural environment.

Do consider other canal users -

Make sure you keep the towpath clear by keeping your fishing tackle tidy.

Do not fish close to locks or moveable bridges.

Do not throw bait close to other canal boats.

Respect the privacy of other boat users especially in the early morning or evenings.

Before you go fishing ensure you read The Waterways Code available to download on lineat www.britishwaterways.co.uk.

CARP - Carp were introduced to our waters by monks who used them as a food source. Carp are very popular with anglers and some fish may get caught a number of times during their long life spans some becomeso recognisable that they are even given nicknames by anglers. Carp come in the common mirror and leathervarieties. Carp can be fished for allyear by normal coarse angling methods and techniques.

TENCH – A member of the carp family tench can be found in canals as the feed on thebottom where rich vegetation can be found. A fish which will put up a good fight is has a strong stocky body it is dark brown or olive on its back shading to bronze on its belly. Commonly nicknamed the 'Doctor Fish' because it is thought that sick fish rub themselves against the thick mucus covering which is said to contain healing properties

ROACH – One of the most popular fish amongst anglers as the species is activethroughout the year.

It ismost active and dusk and dawn but does feed during daylight hours which means that is can be caught at any time during the day. The roach is a shoaling species and the fully grown adult is deep bodied with a flat head. 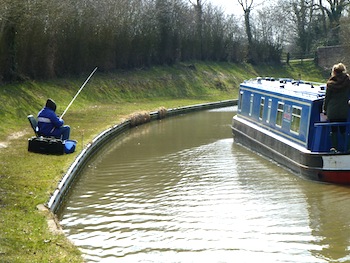 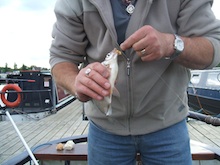 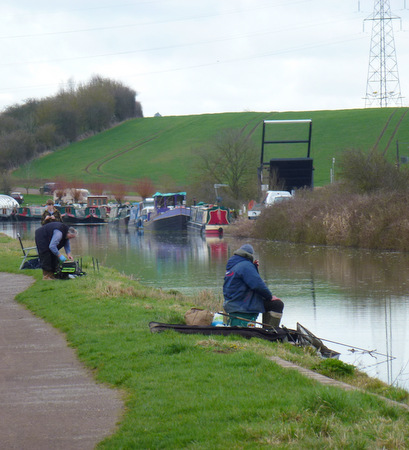