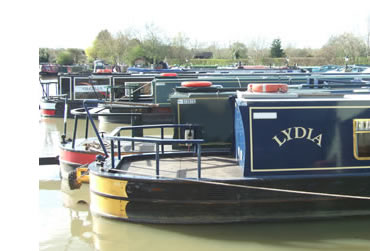 Directions to the Bradford-on-Avon Marina

Visit Bath for The Roman Baths and Pump Rooms, cruise to Bradford on Avon for its wealth of antique shops, travel over the River Avon on the Dundas Aqueduct.

Bradford on Avon - a lovely town, one of the beauty spots of Wiltshire, and one of the highlights of the Canal. It is a miniature Bath, rich with architectural treasures from the Saxon period to the 19th Century. Bradford upper Wharf is very attractive, with a small dock with some of its original buildings still standing, and an old canal pub by the lock. The town centre is very compact, you can walk down the hill from the Canal wharf. There is also a swimming pool near the canal. The Great Tithe barn stands below the canal embankment and is one of the finest in the UK, dating from the 14th century with a massive cathedral like structure. The splendid 9 arch Town Bridge is very unusual as it has a chapel in the middle, dating from medieval times, but used during the 17th & 18th centuries as the town prison.

Bath - Visitors to Bath can take advantage of the many waterside walks from the gentle tow paths of the beautiful Kennett and Avon Canal to the banks of the River Avon Walk follow in the footsteps of the Romans at the Roman Baths marvel at The Royal Crescent one of Bath's best known landmarks.

Bristol - A vibrant 21st century city and a relaxing waterside destination most famous for the engineering feats of Isambard Kingdom Brunel no visit would be complete without a walk across the Clifton Suspension Bridge marvel at the Floating Harbour one of England's most exciting arts and entertainment centres view SS Great Britain and spend hours of fun at the premier leisure destination At-Bristol.

Devizes- has the atmosphere of an old country market town. Handsome 18th century buildings now surround the square. Devizes museum has one of the finest prehistoric collections in Europe including the Stourhead collection of relics excavated from burial mounds on Salisbury Plain. Devizes visitor centre is home to an interactive exhibition introducing visitors to the medieval origins of the town. Visit Wadworths Brewery built in 1885 with an award winning Visitor centre, see the beer being delivered locally by Horse & cart as they have done for hundreds of years

By Road : Situated in the Bradford on Avon Marina, Sally Narrowboats is easily accessible from both the M4 and M5 motorways

By Rail : only a short walk or taxi journey from Bradford On Avon train station. From London airports: Make your way via the London Underground, bus or taxi to London Paddington station. From there take a train to Bradford on Avon (changing at Bath). From Bristol: Take a taxi to the marina (about 45 minutes).

By Air : From London airports: Make your way via the London Underground, bus or taxi to London Paddington station. From there take a train to Bradford on Avon (changing at Bath). From Bristol: Take a taxi to the marina (about 45 minutes). 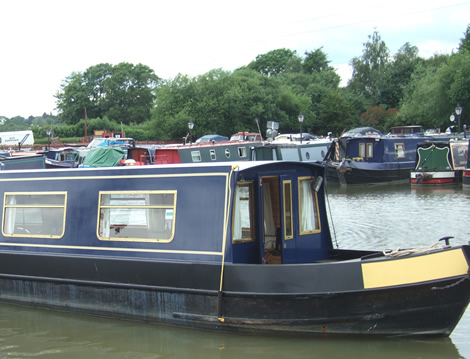 Other Useful Information for Bradford-on-Avon Marina