NEWBURY AND RETURN FROM HILPERTON

Cruise to the charming historic market town of Devizes through the fantastic Caen Hill flight of locks, through the vale of Pewsey through lush Wiltshire countryside with scattered canalside villages to the town of Hungerford in Berkshire.

The town's lengthy history is recorded in the museum, which tells the fascinating story of Trowbridge's people and past & is located in the last woollen mill in Trowbridge, which closed its doors as a mill in 1982. The fascinating collections in the Trowbridge Museum are accessed via The Shires Shopping Centre - built on the site of part of the woollen mill and home to a diverse selection of more than 50 shops all on one level and undercover 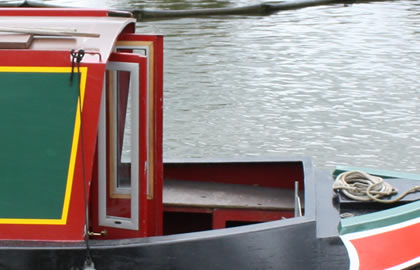 Cruise to the charming historic market town of Devizes through the fantastic Caen Hill flight of locks, through the vale of Pewsey through lush Wiltshire
countryside with scattered canalside villages to the town of Hungerford in Berkshire. Make sure that the River levels are not high when proceeding beyond Hungerford.

The town's lengthy history is recorded in the museum, which tells the fascinating story of Trowbridge's people and past. The museum is located in the last woollen mill in Trowbridge, which closed its doors as a mill in 1982. The fascinating collections in the Trowbridge Museum are accessed via The Shires Shopping Centre - built on the site of part of the woollen mill and home to a diverse selection of more than 50 shops all on one level and undercover

Pass Hilperton Wharf on your right and the marina on your left, then you know you are going in the right direction to Devizes!
The canal sweeps through undulating woodland and arable farmland past the rural village ofSemington through a series of swing bridges which are something of a hallmark of this section of canal.

You soon reach Devizes & there are moorings by Devizes Wharf. Stock up on supplies here as there are no towns until you get to Pewsey & Hungerford.
It is 9.5 hours to here

Devizes itself has the atmosphere of an old country market town. Handsome 18th century buildings now surround the square.

Devizes museum has one of the finest prehistoric collections in Europe including the Stourhead collection of relics excavated from burial mounds on Salisbury Plain.
Devizes visitor centre is home to an interactive exhibition introducing visitors to the medieval origins of the town.

From Devizes wharf you set off again, with not such an energetic day as yesterday!
As you leave Devizes the route is lock free as you cruise through rural surroundings, the village of Bishops Cannings is accessed from Bridge 133 with a pub in the village, and All Cannings from bridge 128 where there is a small shop & pub. More small villages are passed but there is hardly any habitation canalside as you pass through the Vale of Pewsey. A miniature suspension bridge carries a private footpath from Stowell Park across the canal, as is the only surviving example of its kind. Stowell park House was built in the early 19 century, and can be clearly seen from the canal.

At Wilcot bridge 117 you can get to the small village of Wilcot where the Golden Swan Pub stands beyond the green at the far end of the village. A one handed ghost is said to haunt this pub.
Pewsey Wharf is a mile from the town centre but has a pub canalside. There are shops in the town which can be accessed to the north of Bridge 114. To the north, hills descend to the waters edge and to the south the land opens out, giving fine views over the Vale of Pewsey. Beyond Pewsey the 15 mile lock free stretch finishes at Wootton Rivers.

The scenery is to be enjoyed for the laid back uneventful nature of the area, this section on the run to Hungerford still provides villages to stock up on essentials and occasional pubs to relax in, and rural farming and the woodland scenery of Savernake Forests to the north over low rises keeps the eyes busy.

You now have 7 more locks to keep you busy, but the end is nearly in sight, because you can moor just after Lock 61 at the end of the flight, the canal has risen 61 feet through the Crofton Locks .

It is 9 hours cruising to here.

There is a footpath south of lock 60 for ½ mile beside Wilton Water, leading to the village of Wilton. The Swan Inn is in the village. A bit further on along the footpath is Wilton Windmill which is the only working windmill in Wessex and still produces wholemeal, stone-ground flour. They are open every year from Easter to the end of September on Sundays and Bank Holidays from 2pm to 5pm when the windmill building is open for guided tours. The shepherd’s hut shop, serving refreshments and gifts and providing a seating area, is also open at this time, as are the toilets.

You can also access the village from the track to the south of the bridge 100 just after Lock 61.

Crofton Pumping station is a Grade 1 building built in 1807 to provide water to the summit of the canal. It houses 2 magnificent Cornish steam-driven engines, one of which is 200 years old, and is the oldest beam engine in the world. It is open every day 10.30 to 5 between March 10 to October 7 for a charge. There is also a cafe here.

After starting today you will have another lock to negotiate and then shortly afterwards another before Beech Grove Bridge.

The village of Great Bedwyn is to the north of Bedwyn Wharf bridge, the main street climbs gently away from the canal, the pubs are at the top. There are small stores here for supplies. Also here was the Bedwyn Stone museum which housed a collection of stone work showing the work of 7 generations of stone masons but it sadly closed in 2009, but examples can still be found on the walls of the Post office stores next door.

Just before Hungerford is the small village of Froxfield by bridge 90 , the Pelican Inn is a few minutes walk from the canal.
On reaching Hungerford turn just after bridge 84 and moor up for the night.

Hungerford is a clean and character rich market town and a welcome opportunity to relax in an urban environment thanks to superb mooring facilities in the centre of town, enjoy the many family run shops and nice food and ale at the many pubs or tearooms on offer here. As you would expect from a popular Wiltshire town there is a variety of different types of pubs and restaurants.
The handsome Hungerford Town Bridge gives easy access to the centre of the town which is set out along a wide main street.

The River Kennet can make a considerable impact on the navigation when water levels are high, and you should consider this before proceeding to Newbury. If it is OK to proceed you should be aware of strong pulls at the top of all weirs, and powerful side currents at the bottom of locks. Many of the winding holes between Hungerford & Reading should not be used to turn when the river is flowing strongly as they lead directly to weirs.

Pretty woods accompany the canal as it leaves Hungerford, and to the north the River keeps the canal company.

Kintbury is the first stretch of canal that was officially opened in 1797. The village itself is a pristine rambling settlement with a church that dates back to the 12th century. There are attractive buildings by the canal, including a waterwheel. There are facilities here to shop for essentials or to stop to eat a spot of lunch in the pub. The Dundas Arms has the canal on one side & the river on the other. The Blue ball is 500 yds south of Kintbury Bridge, and the Prince of Wales are 300yds south east.

The canal continues through extensive water meadows to the town of Newbury. Above Newbury Lock is the quiet West mills area, and there are extensive moorings. The canal cuts right through the town. Below Newbury lock there are strong cross flows from both sides when river levels are high.

It is 5.5 hours to here from Hungerford

Newbury developed in the Middle Ages as an important cloth town, and the town has managed to retain much of its period charm. The District Museum is one of the most interesting buildings in Newbury built in 1626 as a cloth weaving workshop. The town centre has many shops, pubs and restaurants to choose from. A short bus or taxi ride away is the Living rainforest, which gives you the opportunity to experience rainforest life under glass