Built on the banks of the River Thames and the Kennet in the lush countryside where Berkshire becomes Royal Berkshire. Old Father Thames is at his most majestic here as he flows out of London and through Berkshire’s stately towns and countryside. Founded in the 6th century by Saxons who had travelled up these two Rivers. There are many ideas for how Reading got its name but favourite has to be that it derived from the Saxon for "Reada's people", Reada being a Saxon tribal leader.

In the Seventeenth century trading flourished when all kinds of goods were brought into the town from the surrounding countryside. On the return journey down the Thames from London the barges would bring goods back which would then be on sale in the local markets.

The Kennet and Avon flows through some of the loveliest scenery in Britain and the first part of the Canal is from Reading to Newbury is a river navigation. Reopened as recently as 1990 by the Queen this canal is fast becoming one of Britain's favourite waterways.

Reading was made world famous by the poem The Ballard of Reading Gaol which written by Oscar Wilde after his release from the prison. The poem was published under the name C.3.3. which stood for "Building C, floor 3, cell 3, at Reading." this ensured that Wilde's name did not appear on the poem's front cover.

The Museum of English Rural Life houses one of England’s most fascinating collections relating to life and work in the countryside over the last two century's. Discover traditional skills used by previous generations and explore the museums collections of agricultural tools and implements.

Set in the grounds of Mapledurham House and country park the mill is the last working corn and grist mill on the Thames. Visitors can see the traditional wooden wheels and machinery in action and watch the flour being produced. The flour is still used by local bakers and is also available to purchase in the watermill shop. It will be familiar as it was used for the filming of 'The Eagle has Landed'.

Owned by the National Trust Basildon Park is an 18th century mansion set in 400 acres of parkland designed by Carr of York. The house was saved from ruin by Lord and Lady Iliffe in 1952 who restored the house to its former glory. The house featured in the 2005 film adaptation of Pride and Prejudice. The house is surrounded by glorious parkland which are marked as trails through the gardens, wildlife areas and the pond.

Reading Abbey was founded by King Henry I in 1121 as a private mausoleum for his family. When Henry I died in Normandy in 1135 his body was returned to Reading and was buried in the front of the alter of the then incomplete abbey.

The Oracle is situated in the heart of the town centre and combines chic boutiques with major department stores. The Riverside restaurants, cafés and bars stretch along both sides of the River Kennet providing an opulent dining experience. Shop for the world famous Huntley and Palmer's Biscuits which started in 1822 in a small bakery when George Palmer went into partnership with the bakery's owner Joseph Huntley. 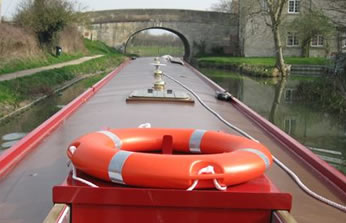