A market town on the banks of the River Avon and in the county of Warwickshire, Rugby is one of the largest towns in England. Originally a small Anglo-Saxon settlement it was mentioned in the Domesday Book in 1086 as Rocheberie. In 1255 Rugby obtained a charter to hold a market and soon developed into a small country market town.

The Oxford Canal is 77 miles long has 43 locks and runs from Oxford to Coventry via Rugby and Banbury. It was a principle waterway from London to the Midlands. Passing through the Oxfordshire, Northamptonshire and Warwickshire countryside it is one of the most scenic canals in Britain. View the 'Circle of Light' at the Newbold Tunnel this is a new tunnel built at right angles to the Old Newbold Tunnel. You can still view the remains of the original tunnel and towpath on each side means you are able to walk through the tunnel.

Founded in 1567 Rugby School is now one of England's oldest and most prestigious public schools. The classic novel Tom Brown's School days written by Thomas Hughes it is set in the school and was semi-autobiographical. The Museum tells the history of the school and contains memorabilia of the game invented on the school close. Learn about the school days of some of it's most notable pupils and masters which have included Dr Arnold, Rupert Brooke, Lewis Carroll, Matthew Arnold, Neville Chamberlain and 'Plum' Warner.

It was during a game of football in 1823 on a ground called the Close at Rugby School when William Webb Ellis a sixteen year old pupil of the school first took the ball in his arms and ran with it. This is where the modern version of Rugby Football began and when the game changed forever. For Rugby enthusiasts the Webb Ellis Rugby Football Museum is a small museum located less than 100 yards from where the game began. A wealth of rugby memorabilia is on display and it also contains one of the largest rugby store in the UK. Traditional rugby ball making methods can be seen and the match ball have been hand stitched here for over 180 years.

A sculpture in memory of Frank Whittle, inventor of the jet engine, can be found in Chestnut Fields, Rugby. Whittle's work to develop the jet engine began during the 1930's and 1940's and the first flight took place on 15th May 1941.

Rugby's strong cultural heritage and bright artistic future is celebrate in The Art Gallery and Museum. Explore Rugby's past in the Social History Museum and view the remarkable collection of Matthew Bloxam in the Tripontium Collection of Roman artifacts. For more than half a century, Rugby has been collecting work by modern artists: Spencer, Freud, Lowry, Hepworth and Sutherland The Art Gallery hosts a series of changing temporary exhibitions where some of their works can be viewed.

Set in a 650 Draycote Water is a 550 acre reservoir set in the rolling Warwickshire countryside.

There is plenty to do at Draycote Water with activities ranging from bird watching and game fishing to walking and water sports. With its fully surfaced track with only gentle inclines Draycote Water is a haven for walkers. For something different try one of the orienteering trails or for children the squirrel scamper. 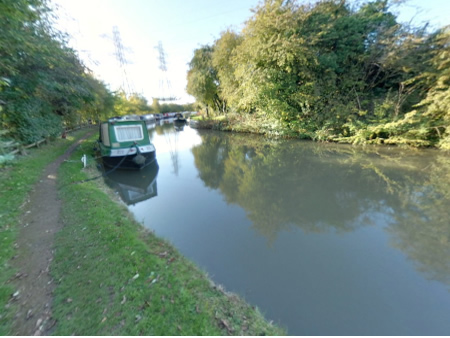